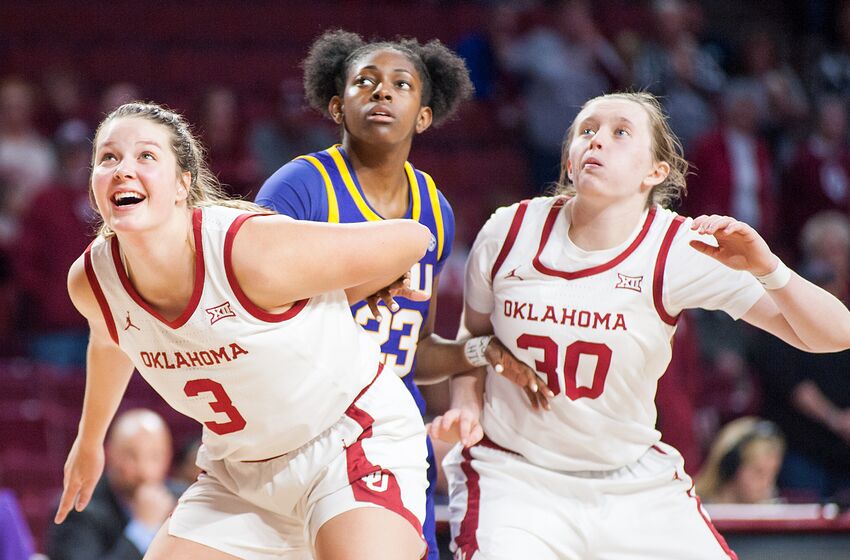 If you want to glimpse the future of basketball, watch Taylor Robertson.

With every three the 5-foot-7 Oklahoma guard hits, she pushes the 3-point revolution forward. Comparing Taylor Robertson to the rest of her field right now almost seems unfair.

Robertson has hit more threes than nearly 100 teams this season. She makes one more three per game than the next best shooter and makes two more 3-pointers per game than #14 on that list. On a game-to-game basis it might be pocket change, but over the course of a season it’s history in the making. 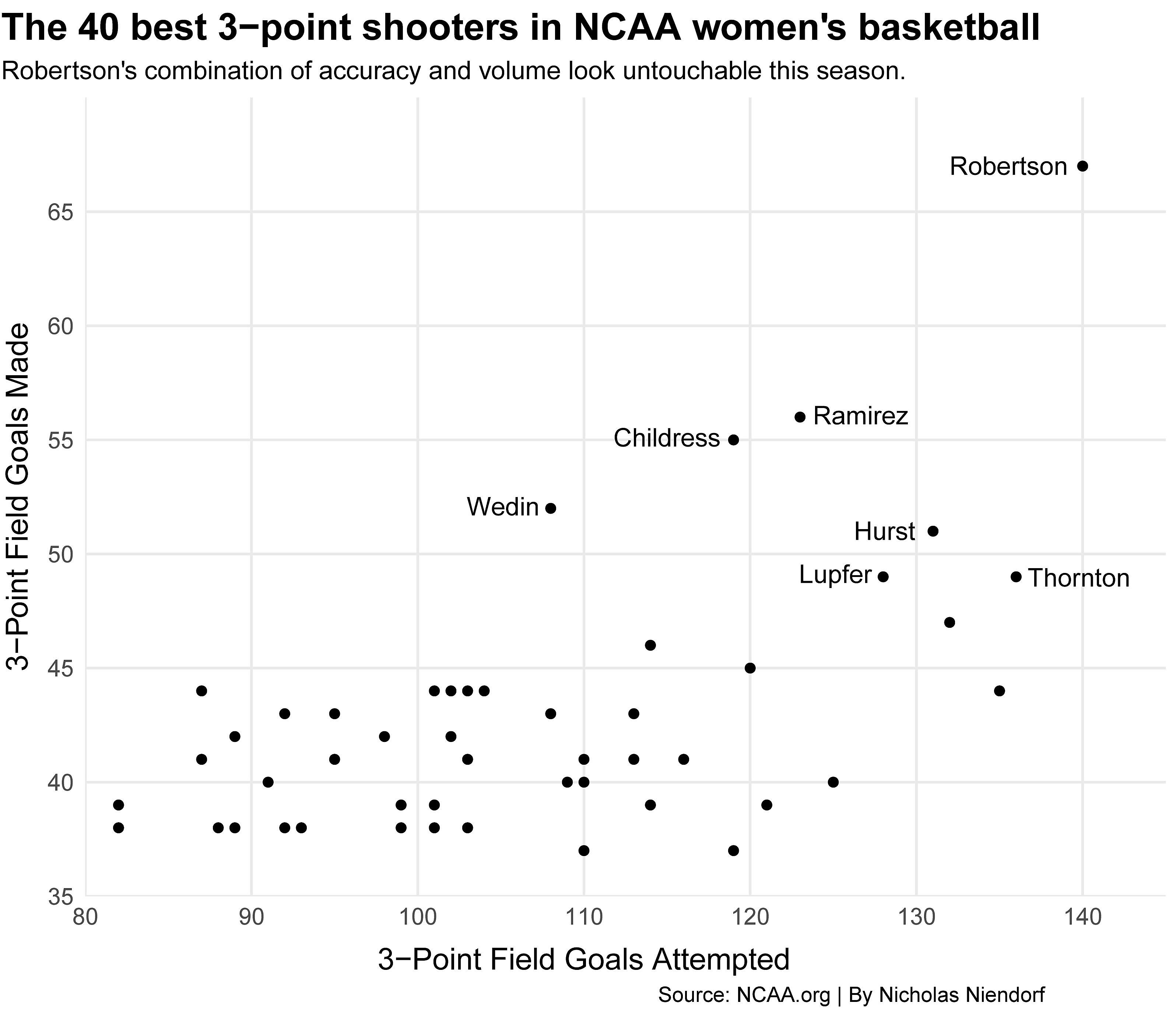 Robertson belongs among the rare players who can take ten threes a game without making their coach sweat a drop. And even among those players, Robertson looks like she might surpass them all.

At more than five made threes a game, Robertson is on pace to break both the men’s and women’s NCAA Division I 3-point record. If she keeps hitting threes at this rate, she’ll break Taylor Pierce’s record from last season by game 31, and the game after that, Stephen Curry’s 2008 record. “Consistency, that’s what separates [the great shooters from the all-time shooters],” Young told High Post Hoops this week. “And I think Taylor definitely has it. So far, with what she’s shown, always being consistent, she’s just always looking to attack.”

Young also drew plenty of attention in his lone season at Oklahoma, making 118 3-pointers and finishing second only to Buddy Hield on Oklahoma’s men’s leader board for single-season 3-pointers. Robertson will likely surpass them both in the record books by game 29 if she keeps her current pace.

“She can score from all three levels,” Young said. “She’s obviously a really good shooter. There’s players out there that just know how to score and she’s definitely one of them.”

That consistency and scoring has put her on track to join the ranks of some of the greatest shooters to ever play college basketball, among them former Idaho Vandal, Taylor Pierce. Pierce shattered the previous women’s 3-point record by 12 threes last year after nearly breaking it the year before.

“Her release is quick and that’s just the biggest thing,” Pierce told High Post Hoops. “If you can get your shot off from anywhere on the court then you are virtually unstoppable.”

Pierce, who will begin her professional career in Australia this March, is excited by talented shooters like Robertson leaving their own mark on basketball.

“Of course you want your record to be yours forever, but in reality players are getting so much better so much faster,” Pierce said. “You just hope you can raise the bar a little before the next person gets there and just keep seeing the game grow.”

Robertson is doing her part to continue to raise the bar, but will no doubt feel some of the same outside pressure that Pierce did as she got closer to the record. As the season draws on for elite players like Pierce and Robertson, each game brings with it more questions about milestones and accolades outside of winning.

“It’s difficult because everybody always asks you about [the record] and they always want to know if you know,” Pierce said. “It’s kind of something that comes along with being a really great shooter and it’s tough to block out the noise sometimes, but you just do your best to stay in the present.”

But with increased attention also comes a chance to bring a spotlight to the game and provide a blueprint for success to future and current basketball players alike.

“I hope that whoever got a chance to see me play pulls things that work from my game, and you just hope everybody will keep getting better,” Pierce said. “Records will be broken and that’s just how it is.”

Pierce said she is proud of accomplishing a feat nobody has ever done before, but is excited to see who can be the next player to advance the game.

“To have somebody do better than I did, that just makes me happy because women’s basketball is just going to continue growing.”