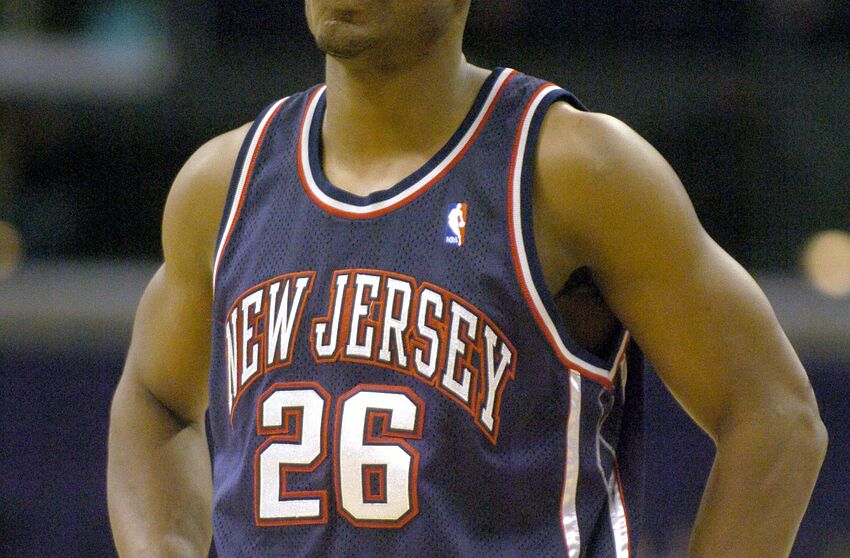 Awvee Storey of the New Jersey Nets during 101-88 loss to the Los Angeles Clippers at the Staples Center in Los Angeles, Calif. on Nov. 25, 2004. (Photo by Kirby Lee/Getty Images)

Women’s Basketball Bracketology: The Pac-12 is loaded at the top, of course by Russell Steinberg
Atlantic 10 Conference Play Roundup: Week 1 by Natalie Heavren

Storey will return for a second year as Player Development Coach

On Jan. 3 the Connecticut Sun announced that Player Development Coach Awvee Storey will return for a second year.

The Sun announced Storey’s hiring on May 19, he had previously served as an assistant with the Capital City Go-Go in the G League during the 2018 season. He has been involved with coaching since 2011 when he started with the Washington Wizards.

Head coach Curt Miller is excited to work with

“Awvee made an immediate and big impact during his first season with the Sun, so it is exciting for our entire organization to announce his return for the 2020 season … Awvee will spear head our expanded player development role helping the growth of our players on and off the court. Awvee will continue to have video and scouting responsibilities while working alongside assistant coaches Brandi Poole and Chris Koclanes.”

This mirrors what Miller said when Storey was hired, “Awvee is a fantastic addition to our coaching staff … He has multiple years of experience in professional basketball including the WNBA and has a unique gift in relating to players at this level. He will work directly with our post players and play a large role in overall player development. Awvee will also serve in our video coordinator role and have scouting responsibilities.”

Additionally, Miller took to Twitter to voice his excitement about Storey’s return and additional responsibilities.

Coach Storey was a huge addition to the Sun last season and we look forward to his expanded role heading into the 2020 season. #CTSun #WNBA2020 https://t.co/V5X8loSPix

The fact that Storey is being brought back so early in the offseason demonstrates what a vital member of the coaching staff he is. The additional responsibilities reflect the trust that Miller and the team have in Storey, something that may lead to a long career in Connecticut.

The Sun are looking to return to the Finals after losing in Game 5 during the 2019 season.