Wildcats on the prowl, Hawkeyes set a record — Big Ten notes by Ben Rosof
Te-Hina Paopao, an Oregon commit, regains status as one of nation’s top guards by David Yapkowitz

A look at what has and hasn’t changed

One year ago, I wrote about gender balance among WNBA and NCAA coaches, reporting that male head coaches outnumbered female head coaches in the WNBA but not in Division I women’s college basketball.

With another season of data now available, it’s worth assessing what has and hasn’t changed.

“The league will have one fewer female head coach in 2019 than in 2018, with 5 women and 7 men. The last time women made up a majority of WNBA head coaches was in 2010, and the only other times it has happened were in the league’s first two seasons.” 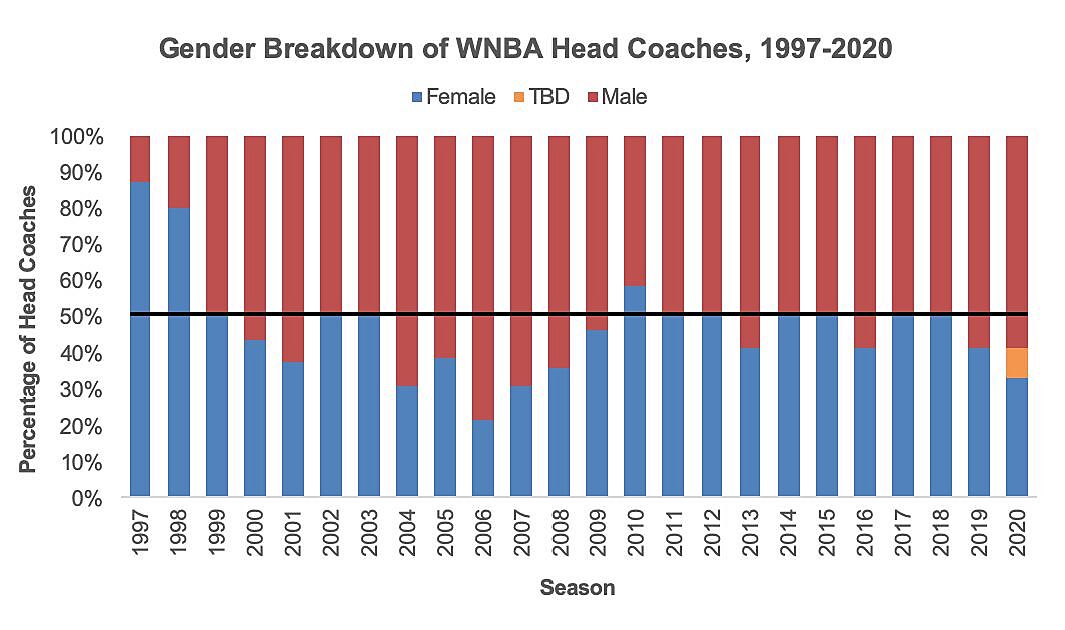 However, it is also worth noting that two-thirds of WNBA assistant coaches were women in 2019, suggesting that there is a pipeline of qualified women who could contend for openings in future seasons. With Indiana and New York still solidifying their coaching staffs, it’s too early to say what the gender balance will be among assistant coaches in 2020, but High Post Hoops will provide updates as they are available.

In the offseason, 42 schools (12%) changed head coaches, according to my calculations using Her Hoop Stats data, and the number and percentage of female head coaches increased again for the 2019-20 season. Currently, 222 head coaches in women’s college basketball are female, good for just over 63%. That is the highest percentage since 2010-11, when 64% of head coaches were female. 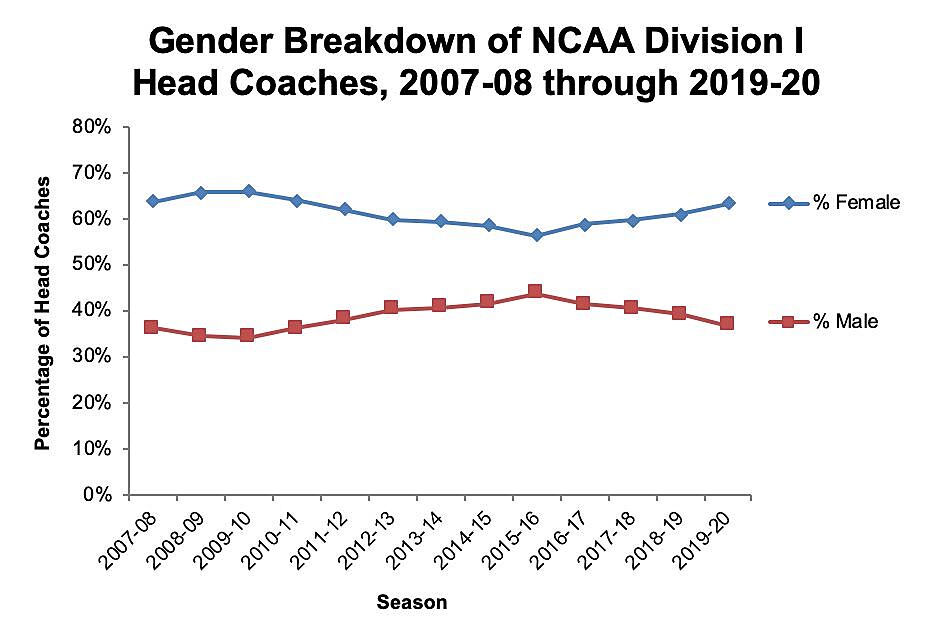 It’s not clear precisely why the number of female head coaches is trending up, or why that has not correlated with the gender balance in the WNBA. One reason for the former may be the efforts of prominent female head coaches such as Notre Dame’s Muffet McGraw, who in March 2019 memorably said, “People are hiring too many men.” More recently, former Tennessee head coach Holly Warlick discussed the issue at the BreakThrough Digital Leadership Summit for Women in Sports:

“We’ve got to understand that there’s a lot of women that are not coaching that are really, really good. And you gotta put aside, I don’t know if it’s pride, but give that person the opportunity. We gotta take care of each other … A lot of young kids coming out right now, I think, will make great coaches. But it’s hard to get in … we gotta give them that opportunity.”

Slowly, it looks like more women are getting an opportunity to coach women’s college basketball. Women are also getting opportunities as WNBA assistants, if not always as head coaches, and even in the NBA. As the new year begins, it’s clear that there has been tremendous progress on gender equity in some areas—but we are not yet witnessing a level playing field.