Not a single close contest in three-game slate Tuesday night

The Las Vegas Aces are just having fun. Despite only having a three-point lead at the half, Kelsey Plum and Co. turned on the jets in the final two quarters to blow out the New York Liberty at home. Plum scored a career high 32 off the bench (what a night for players coming off achilles injuries Breanna Stewart and Kevin Durant), while Liz Cambage added a double-double with 14 and 11.

As mentioned by many other followers of the W, Las Vegas has a handful of players who can take over on any given night, making defending the Aces that much harder. New York did not even play that poorly, certainly not enough to warrant a 20+ point loss, but they will have to make some major adjustments if they want a different outcome when these two teams meet again tomorrow night.

Hopefully Sabrina Ionescu can return sooner rather than later, but I would like to see Betnijah Laney be a bit more selfish and take more possessions into her own hands in Ionescu’s absence.

Everyone knows the Seattle Storm starting lineup is unstoppable. Provided by WNBA analyst Kevin Pelton on twitter, three of the top seven players in terms of WAR are members of the Storm. 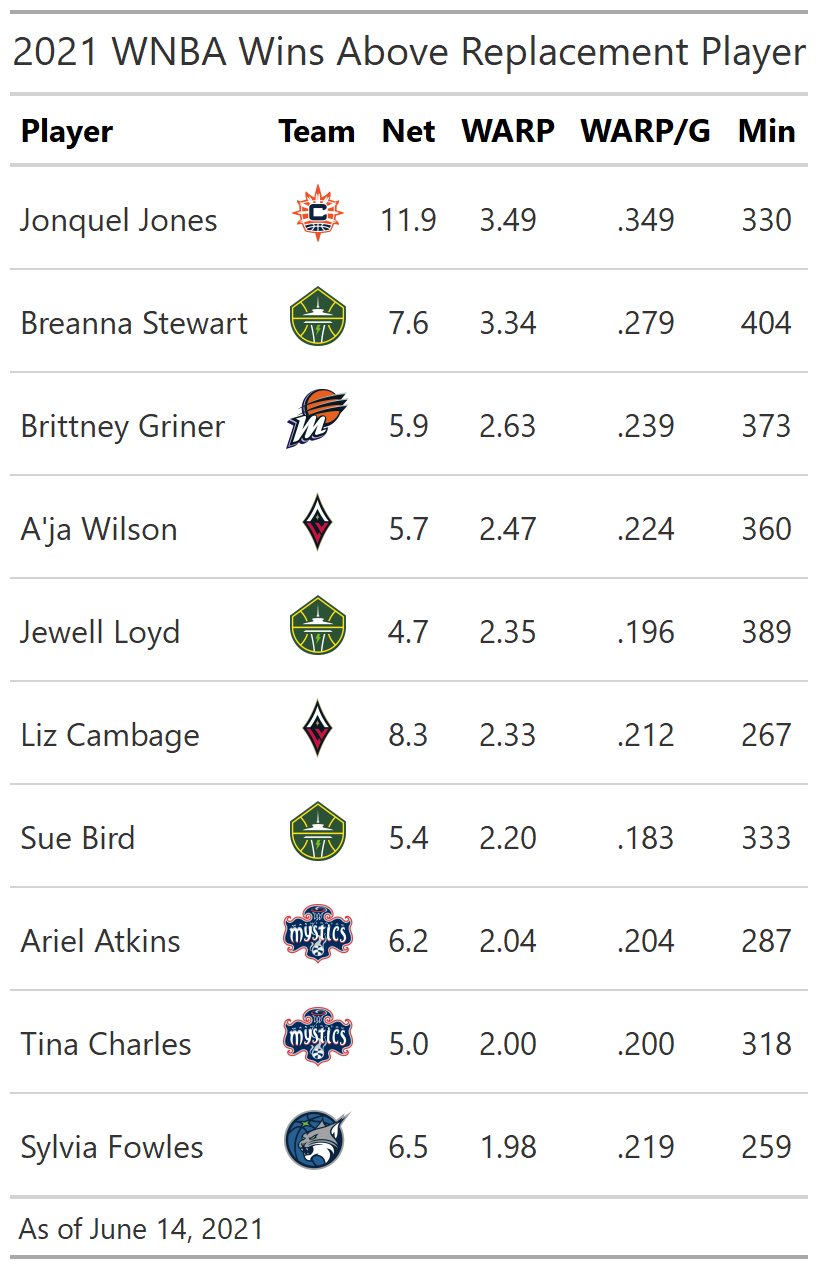 However, it is not physically possible for players to play 40 minutes a game every night, which is why I was worried early in the season that the Storm supporting cast was not holding their own weight.

The Storm bench easily out-dueled the Indiana reserves last night, scoring 25 points to just 8 from the Fever. The three stars for Seattle still had great nights, but it will be pivotal in the playoffs that the Storm second unit can hang with deeper teams.

Kelsey Mitchell led the way for Indiana with 26, as the Fever fall to 1-12 and can begin planning for Rhyne Howard’s arrival next season.

While winning back to back games against the Indiana Fever was certainly a morale boost, it is not something that really bolsters your résumé. Last night, however, the Chicago Sky finally picked up a good win against the Minnesota Lynx in dominant fashion.

It was the first win for Sky head coach James Wade against his former team, bringing his record against Cheryl Reeve to 1-5 during his three year tenure. The game could not have gone much better from an offensive standpoint for Wade’s squad, with six players scoring in double digits, 57% efficiency from the field, and 12 three pointers.

With her 13 assists, point guard Courtney Vandersloot became just the fourth player in WNBA history to accumulate 2,000 career dimes, an incredible feat for a generational passing talent. And don’t look now, but Chicago is 4-0 when Candace Parker is in the lineup.

Reeve, on the other hand, was not too pleased with her injury-plagued team’s performance. When asked about their defense, she responded, “What defense? I didn’t see us play any defense.” While she has a point, a lot of the defensive problems began on the offensive end for Minnesota. Committing 20 turnovers simply does not help the transition game out.

The Lynx will look to get back on track tomorrow against the Dallas Wings.