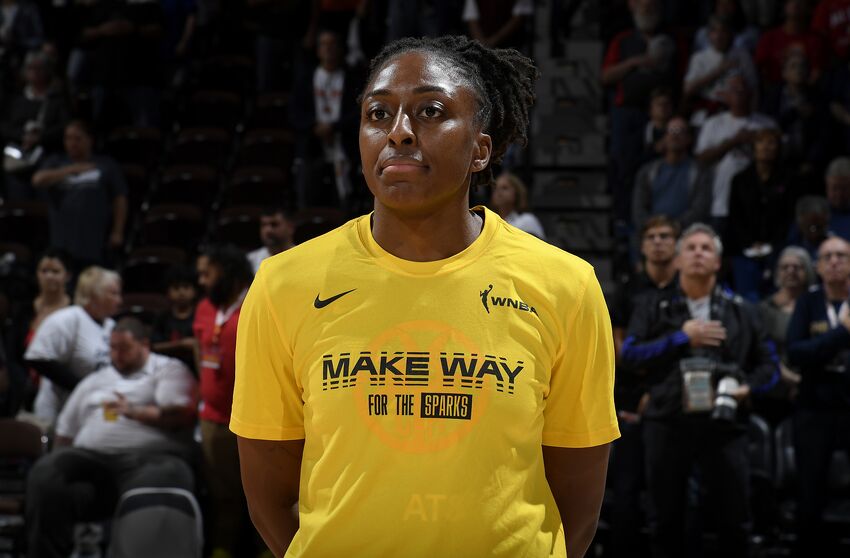 BOSTON, MA - SEPTEMBER 17: Nneka Ogwumike #30 of the Los Angeles Sparks stands for the National Anthem before the game against the Connecticut Sun on September 17, 2019 at the Mohegan Sun Arena in Uncasville, Connecticut. NOTE TO USER: User expressly acknowledges and agrees that, by downloading and or using this photograph, User is consenting to the terms and conditions of the Getty Images License Agreement. Mandatory Copyright Notice: Copyright 2019 NBAE (Photo by Brian Babineau/NBAE via Getty Images)

A new CBA, a new era for WNBA

The Women’s National Basketball Association and its players association have tentatively agreed to a new collective bargaining agreement, the league and PA announced in a joint statement.

The new eight-year agreement will provide for significant raises for the players, along with numerous advances in bonuses, expanded league marketing and coaching opportunities, and significant additional maternity leave and child care support.

The deal still needs to be ratified by the league’s Board of Governors and a WNBPA vote.

The league initially extended its deadline twice, once ahead of the Oct. 31 deadline and again a couple of weeks ago.

The players association opted out of its last agreement in October 2018, and decided to end it two years early, in order to improve the league in various aspects players have been vocal about.

Over the last few years, players have been vocal about wanting changes in different areas like salary, travel and consistent working conditions, quality of life and marketing.

WNBA free agency, a time period where teams and players can sign contracts, is set to begin on Feb. 1.

The WNBA Draft is expected to take place in April. The New York Liberty have the top overall pick.