An early look at how next season’s draft boards look around the WNBA. 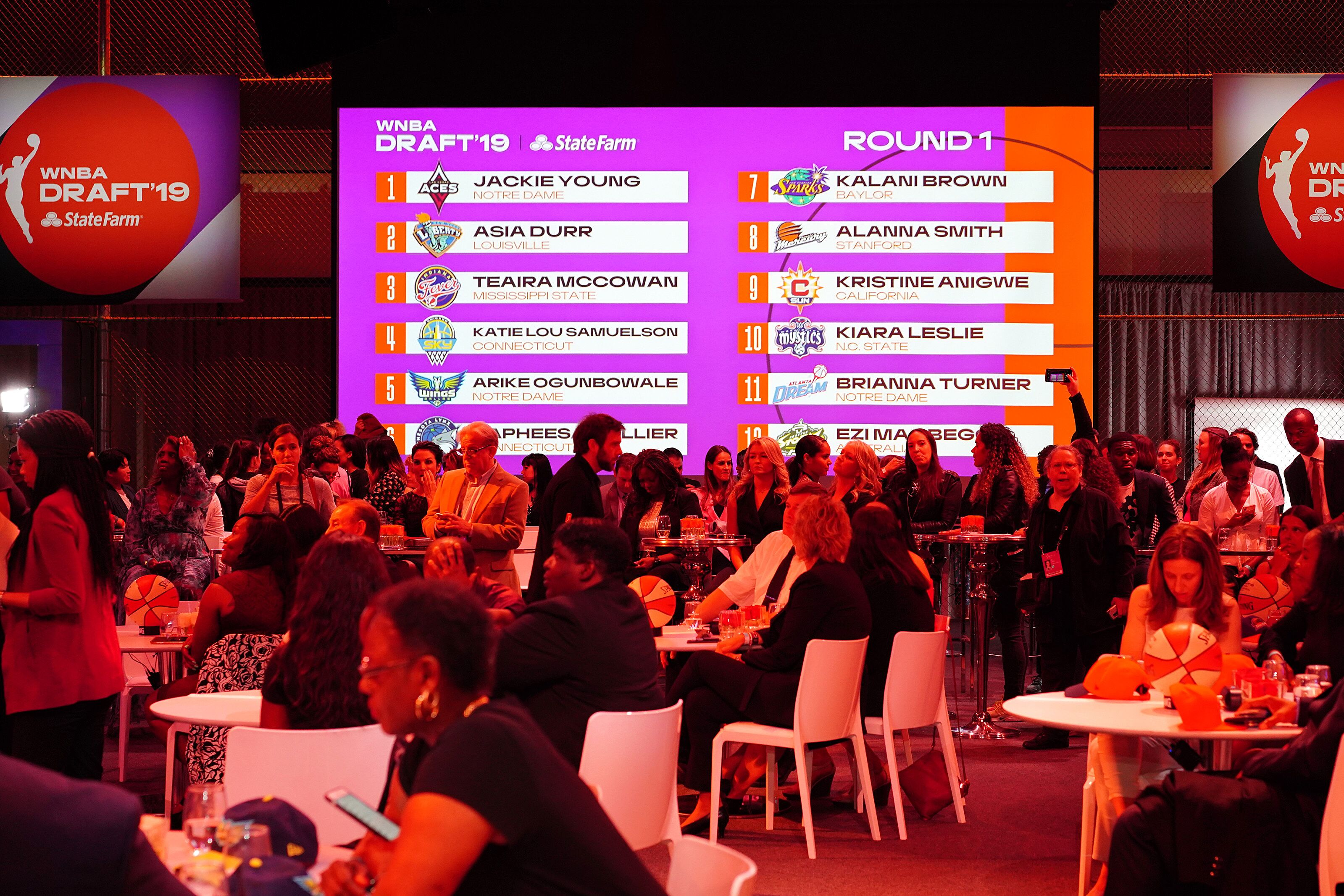 NEW YORK, NY – APRIL 10: A general view of the Round One Draft Board during the 2019 WNBA Draft on April 10, 2019 at the Nike Headquarters in New York, New York. NOTE TO USER: User expressly acknowledges and agrees that, by downloading and/or using this photograph, user is consenting to the terms and conditions of the Getty Images License Agreement. Mandatory Copyright Notice: Copyright 2019 NBAE (Photo by Melanie Fidler/NBAE via Getty Images)

It’s never too soon to start thinking about tomorrow.

Accordingly, I spoke to a half-dozen WNBA talent evaluators about the event we’ll all be obsessing over come next April: the 2020 WNBA Draft.

Yes, there are plenty of factors that we’re not able to consider yet here: the order of teams picking, for instance. That’s not a small thing. There’s an entire WNBA season to be played to determine that, players to ebb and flow in the meantime, followed by an entire college basketball season. We don’t even know under what rules the draft will operate, not with a CBA still to be negotiated and signed. The universe is expanding and could break apart, dramatically altering future WNBA seasons. This is an inexact science, is what I’m saying.

And yet: teams have already been evaluating these players for years. In many cases, opinions have been fully formed, and are unlikely to change barring some extreme circumstances. For instance, the top overall pick was unanimous. So let’s take a look at how the 2020 Draft grades out if it were to be held today (spoiler alert: it will not be held today).

Next: Sabrina's tops
Next1 of 13Prev post
Use your ← → (arrows) to browse
Load Comments
Event Tickets
Powered by StubHub
Top Stories